Past, Present and Future

The Idea is born

The Valencian Museum of Toys was established in Ibi, a town that is famous all over the world as being the Spanish centre for toys The idea began to take shape in 1986 with the creation of a Foundation made up of the Ibi Town Council, the Payá Toy Cooperative, the Generalitat Valenciana and the former Saving Bank, Caja de Ahorros de Alicante y Murcia.

It was inaugurated on the 20th of December; it was provisionally set up in an 18th century manor house, known by the name of “Casa Gran” (the Big House). The museum proved to be a success right from the start, so consequently one of the main objectives was to find a definitive place for it. Housing the new museum in the buildings of the old Payá Factory, which was the first toy making company to be set up in the town, would gradually become a more feasible option. As well as having more room available in this new location for exhibitions and activities, it also meant that the first industrial toy making factory in Spain would be restored. Given the magnitude of the project, it was decided that it should be undertaken in stages. 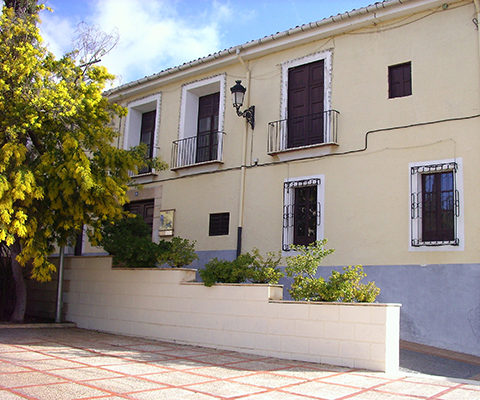 Rehabilitation of the Payá Factory

Renovation work in the first stage of the project was done to the central bay area of the factory, dating back to 1912 that was rebuilt in 1962, and the workshops that were built in 1915. They were fitted out as the permanent exhibition area and the temporary exhibition room respectively. The definitive home for the museum was opened on the 29th of November, 2013.

The toys that are on display in the new facilities are part of the museum’s assets, which consist in a diverse collection based on what was donated to the town of Ibi by the workers of the Payá Cooperative, from the assets that had been accumulated over the years when the primitive company was in business, mainly toys made in Ibi and Germany and, to a lesser extent, those made in other places in Spain and the rest of the world. A smaller collection, owned by the Town Council of Ibi, was added to the initial collection, along with a series of donations given over the years by companies and individuals. The Museum’s assets are rounded off with the original machinery and tools that will be on show for visitors to see in the future.

Now and in the future

The project is still in progress and work is constantly being done to turn the Valencian Toy Museum into a leading centre to collect, preserve, carry out research, teach and publicise common cultural heritage, and in turn, it pays tribute to the hard work and effort of the toy makers and entrepreneurs of Ibi who contributed to the growth and the development of our town.

Come and pay us a visit at the Toy Museum to remember all those childhood memories and you will take home something unforgettable with you.

Our facilities will keep on growing and adapting over time with new rooms and areas being created.

¡If you come in a group, book your visit!!

Reservations only have to be made for group visits. For individual or family visits, just come to the museum during the opening hours and on the dates that are shown below.

A group is considered to be 15 people or more. At least one guide must accompany a group and be in charge of it during the tour.

Reservations for group visits should be made at least one week in advance. The reservation shall not be valid until it has been confirmed by the Toy Museum.

The entrance ticket into the Museum includes access into the permanent exhibition and the temporary exhibitions that are currently on display on the day of the visit.

– 25th of December
– 1st and 6th of January
-On Saturday the second weekend of May for local festivities
– During the Moors and Christians Festivals of Ibi in September.
FRIDAY, SEPTEMBER 16, 2002 CLOSED

*Holiday opening hours apply to the days established as such in the Valencian Community.
*Monday closed.

The excitement makes us passionate about toys

Do you have to make a reservation to visit the Museum?

This website uses cookies to improve your experience while you navigate through the website. Out of these, the cookies that are categorized as necessary are stored on your browser as they are essential for the working of basic functionalities of the website. We also use third-party cookies that help us analyze and understand how you use this website. These cookies will be stored in your browser only with your consent. You also have the option to opt-out of these cookies. But opting out of some of these cookies may affect your browsing experience.
Personalization
Personalization cookies allow the user to access the services according to their preferences (language, browser, configuration…).
Analytics
Analysis cookies are those used to carry out anonymous analysis of the behavior of web users and that allow us to measure user activity and create navigation profiles in order to improve websites.
Others
Other uncategorized cookies are those that are being analyzed and have not yet been classified in a category.
Necessary
Necessary cookies are absolutely essential for the website to function properly. These cookies guarantee basic functionalities and security features of the website, anonymously.
Advertising
Advertisement cookies are used to provide visitors with relevant ads and marketing campaigns. These cookies track visitors across websites and collect information to provide customized ads.
SAVE & ACCEPT